We found a dead Northern Alligator Lizard in our back yard. Rather, one of my daughters found the lizard. The live specimen, which is quite majestic, can be found basking in the sun on rock walls and cement pads. But we have neither so we were completely oblivious to their very existence in our area.

Until our daughter finds the perfect front end of an alligator lizard, with a skeleton for it’s back half. Rather like a Halloween decoration, the thing is de-gloved of it’s flesh. <trying not to puke> Of course I try to keep my revulsion to myself about a half-skeletonized alligator lizard in my daughter’s hands. But my mommy instincts want me to scream, “don’t touch that” and ” wash your hands.” Instead, I pull out a field guide and we start going through the dichotomous decision tree to identify it. They’re quite happy to have solved the mysterious identity of this lizard. And the ecologist in me is proud of their “new” discovery of the creatures living around us.

But after the kids get a good look at this little creature, what do you do with the corpse of a half eaten lizard? Apparently this decision falls into the realm of ethics. I of course think that we should just put it back where we found it so that it can continue to be eaten by scavengers and completely decomposed. But my kids place a value on the life of this individual because

Of course my children decide that a funeral is in order. Part of me wants to point out that it’s an unnecessary courtesy to try to guide that lizard’s little soul to the afterlife. We don’t exactly subscribe to a religious ethos of any kind, though we do mark the major pagan and Judaeo-Christian celebrations. But should I pop their little bubbles by launching into theories about theism? After all, I am complicit in their belief of magic without any proof.

Which just reinforces an ongoing ethical dilemma that I have a parent; How, as a scientist, do I allow them to believe in something without evidence? Science is about keeping an open mind; your opinions are based on current evidence, and you change your mind based on new evidence.

But how the hell do you justify the Easter Bunny?

So why did they want to hold a funeral for a half-eaten alligator lizard? “Because he was somebody’s baby, and he deserves to know that someone loved him.” From the mouths of babes. 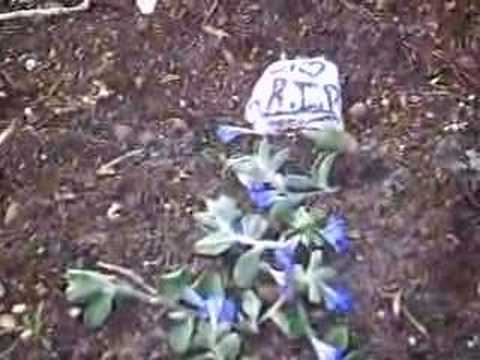