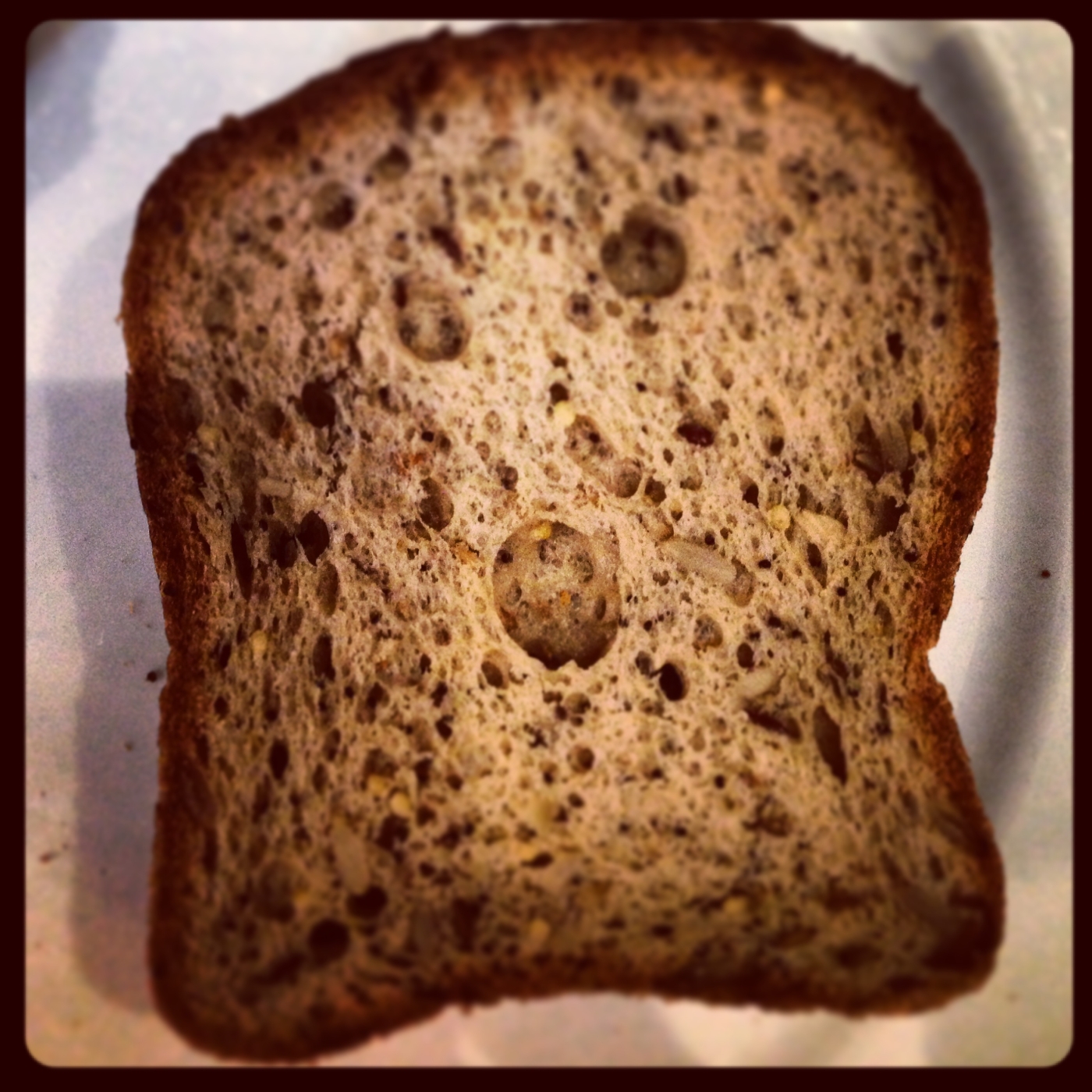 Have you ever seen a face in your toast? Or a drunken octopus in your coat hook? Or a spoon on Mars?

If so, that’s pareidolia, a phenomenon whereby our minds find a pattern in the random. There are many examples of it, and most are a great source of amusement. And of course it’s a great childhood (and adulthood) pass-time to watch the clouds go by and see “things” in them. Pareidolia seems like a curiosity, but it has its roots in our need to recognize friends or foes, or if an animal poses a threat or not. What’s fascinating is that we process these patterns in a part of our brain that works quicker than our full cognitive processes. It’s like a short-cut, and this info is processed subconsciously — before it is passed on to the rest of the brain. This allows for accelerated judgement and decision-making when fast reaction is needed—like when faced with a hungry lion—rather than wait for detailed processing to take place. So you can flee immediately.

One of the other interesting things that likely arose from our ability to seek pattern is the evolution of written language. Semiotics is the study of signs and symbols and their use or interpretation. Each letter you read has a sound associated with it because we’ve all agreed to that sound. But the letter “C” could have been assigned to sound like the letter “T”… because the letter C doesn’t inherently make that sound. And are we even talking about the c-sound that’s like an s-sound or the c-sound that’s like a k-sound? And if the shape of the C-sound had a universal meaning, then there wouldn’t be so many different kinds of alphabets around the globe.

Similarly each number has a value because we’ve agreed to that value—and there’s no universal numeral system either. The shape of the number 4 doesn’t inherently mean the number 4. As this meme points out, our pareidolia may also mistake the 4 for something else… LOL

Our pattern seeking is also part of the fun of optical illusions—where you can see two things in the same drawing, or lines that seem to bend or move. Optical illusions can be an amusing source of distraction and wonder. Like who are those people who are somehow able to create new optical illusions?! Some kind of voodoo witch doctors or something.

Thus I find it really interesting that new research is showing that ancient cave drawings weren’t “merely” art—and there’s nothing mere about art to begin with—but that it may well be an early form of written language. And it’s based in our ability to recognize patterns as meaningful symbols. So though we’re not faced with snarling tigers every day (at least I’m not), it seems that pattern seeking may well be one of our greatest strengths.

So let’s keep trying to find those shapes in the clouds!

2 thoughts on “A piece of toast, a coat hook and a spoon walk into a bar”