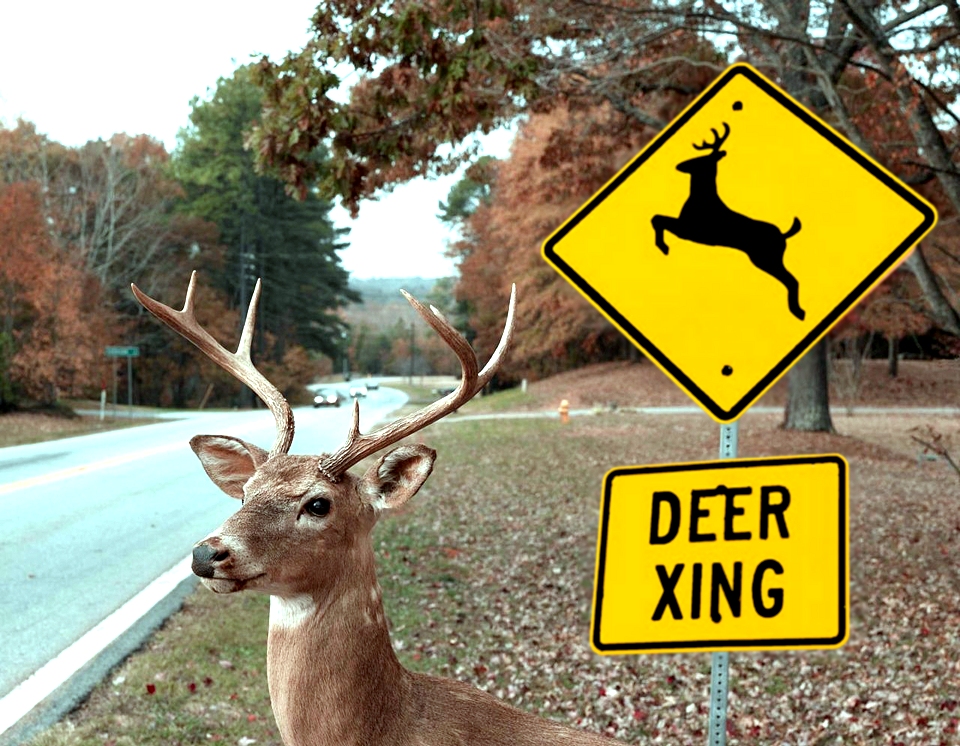 Semiotics is the study of signs, specifically how meaning is made by signs and symbols. Some symbols make sense, like a drawing of a tree. But you can have different drawings of trees, and yet it still conveys the meaning “tree.”

Alphabets themselves also act in this same way. By arranging these symbols that we call letters into the word “tree”, you get the meaning of the tree itself. But the arrangement of those letters aren’t the immutable meaning of the actual tree – otherwise we wouldn’t have other languages (e.g. copac means tree in Romanian) or in other alphabets (δέντρο means tree in Greek). The pronunciation “tree” in English, “copac” in Romanian, and “δέντρο” in Greek all mean tree, even though they don’t make the same sounds. 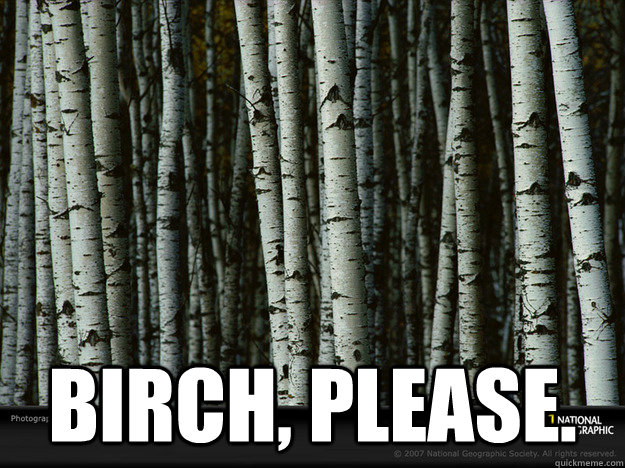 But the images we use help to reflect our world view. Take these images of women through time. In the photos below, the one on the left was considered obscene when it was contemporary, but the photo of myself on the right is quite normal even though what I’m wearing is much more revealing. So the meaning taken from the image of the women is quite different, and is context-dependent on the culture and norms through which it is being interpreted. Do these images reflect our world view or do they help to form our world view?

Through repeated exposure, we become accustomed to imagery (e.g. desensitization to violence). Take for example what was considered a scary movie. Alfred Hitchcock movies were terrifying in their day, without any graphic violence, through the use of suspense and implied risk. Today, it’s pretty common to see all sorts of graphic violence, even in movies for kids. Research shows that it’s repeated exposure to violence that makes it less shocking, and thus movies need to be even more violent and novel in the ways that characters meet their demise to make a lasting impression on their audiences (and of course an impact at the box office).

So then, consider the impact of these wildlife warning signs, reflecting our culture;

Yup a leaping deer. I’d say that photo above is a neutral or mildly positive representation.

This one with the text isn’t much different. It’s still a leaping deer, but the use of the text is meant to grab even more attention now that you’re accustomed to the deer silhouette signs—as you pass them on the road, you likely don’t really pay attention to them much. So then the addition of this text is meant to say, “Hey drivers, pay some actual attention for deers.” 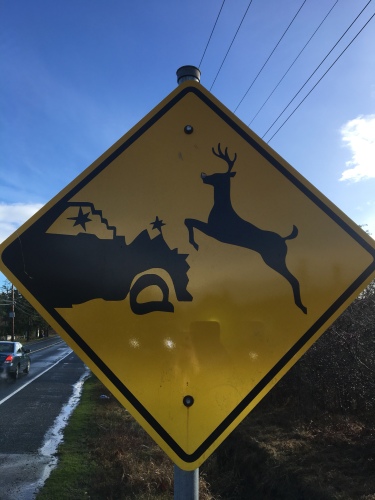 It’s still that leaping deer, but apparently it can destroy you like the Incredible Hulk. Roughly translated, I take it to mean “Driver, pay some MFing attention or deer with laser beams for eyes will make your head explode.”

What concerns me is that the images we use not only reflect our culture, it’s helping to direct our culture (as it does for our perceptions of beauty). So the presence of wildlife may be perceived more negatively through the use of these sensational and negative imagery, setting up a deeper conflict between humans and urban wildlife. This kind of negative priming is not so great if you work in species recovery or conservation, when it creates a perceived adversarial position with what should be your closest allies… the people who share space with wildlife.

Urban wildlife management is increasingly important in North America, if not globally. So then what do you think about these media effects on perceived danger from urban wildlife?

One thought on “Semiotics of wildlife warning signs”