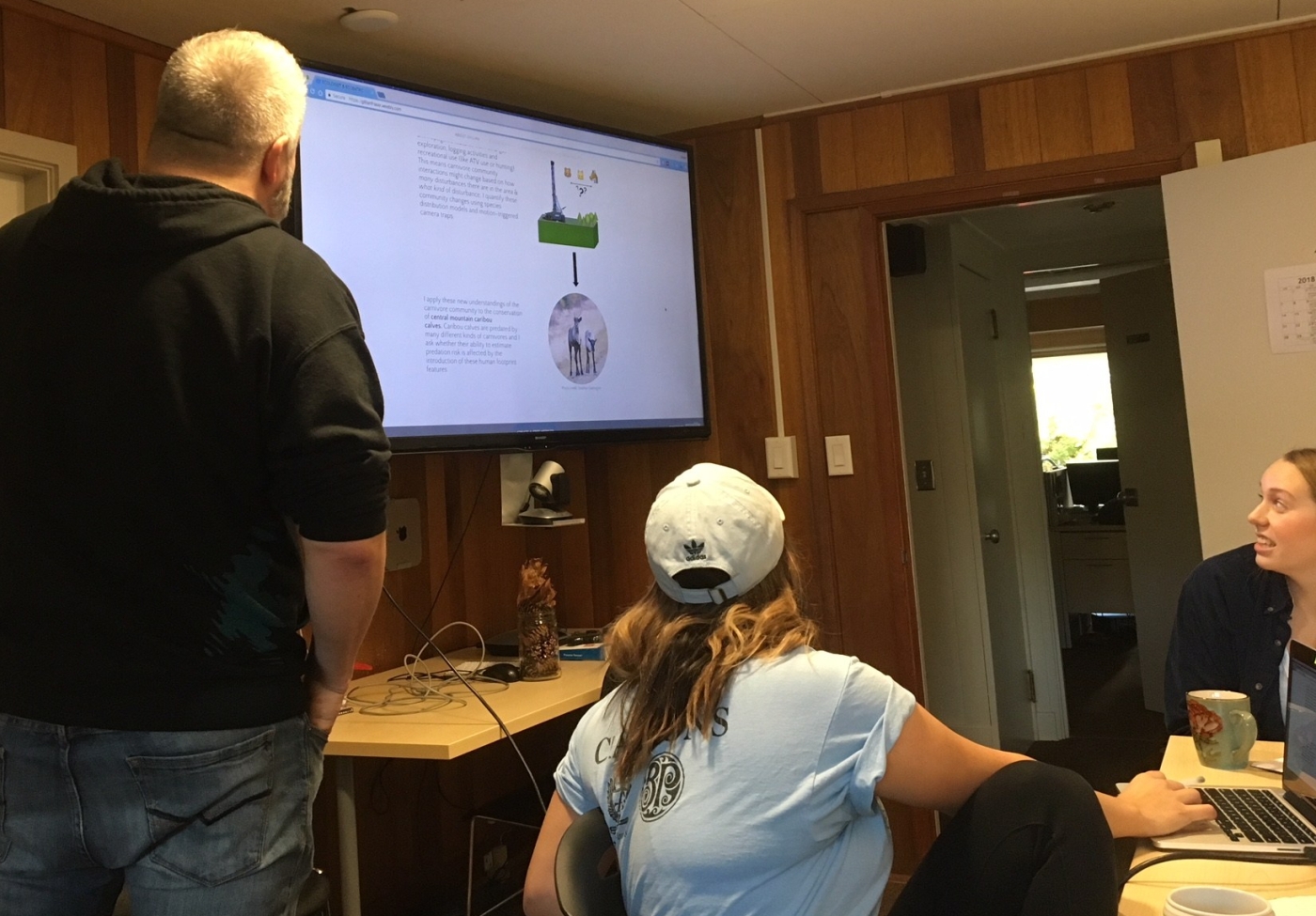 Today I went to the Surf & Turf Lab meeting, led by John Volpe & Jake Fisher. Both John and Jake have some fabulous grad students, and it’s an atmosphere open to constructive criticism. Today’s topic was on making a professional website that is both… well, professional… but also engaging.

There are a lot of scientists out there, and you want to make your page stand out. But it’s not just a matter of having another version of your LinkedIn profile. You want to showcase what makes you unique. But there is a lot of resistance from many scientists, that by allowing any aspect of their personality to show, it undermines their scientific objectivity or credibility. But research into the perceived warmth and trust of scientists shows that it’s actually the opposite. Those that maintain only a professional persona online are perceived as deceptive because they’re hiding an aspect of their personality. And so it’s to your benefit to let some of your quirks through. In that case, I’m super trustworthy right?

This wasn’t really a topic of discussion when I was in grad school at U of A… a really <cough cough> long time ago. Our lab meetings were all about the progress of our projects, statistical analyses, new methods, hypothesis testing, etc. In those lab meetings, there was a lot less humour. Not because we were a grumpy bunch (honest!), but because it was a somewhat dry topic. Exciting, but dry. Fast forward to 2018, and our public personas are actually something we want to cultivate.

So a couple of the grad students, Gillian Fraser & Stefania Gorgopa, were brave enough to put their newly created websites up on display for constructive criticism. They wanted to know if they found that sweet spot between being  yet another resume online (boring!) or being too glib (not taken seriously). I think they did.

But this brings us to the best quote from a lab meeting ever.