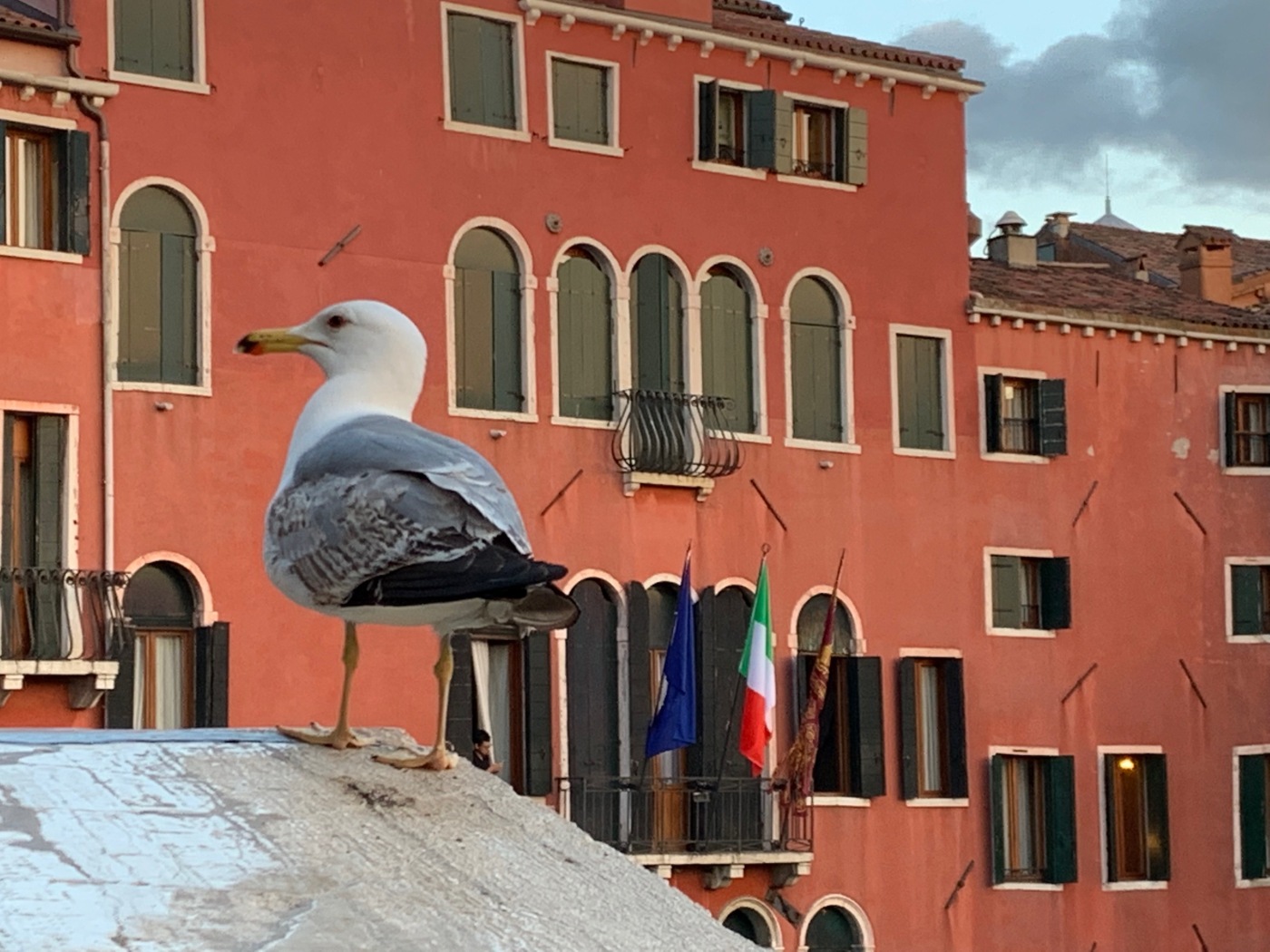 We just got back from a trip to Italy. It was a fabulous trip getting to sample local culture, food, and wine. Oh the wine!

Italy is such a different and lovely place, culturally speaking, with thousands of years of human habitation and recorded history. It’s somehow foreign to think about the stories of Ancient Rome unfolding in front of you, but standing within the Forum, it all comes crashing home.

And the spectacular beauty of the Florentine countryside, makes it clear how it was the place that inspired such amazing leaps forward in art and science during the days of Leonardo da Vinci and Galileo Galilei.

But then there is that fascinating feat of human engineering called Venice.

Built on a group of 118 islands in the shallow Venetian lagoon, the city was built on a combination of solid ground and pilings driven into the water. With a combination of subsidence (Venice is sinking at a rate of ~1-2 mm per year) and climate change (sea level has risen at least 9 cm since the 1970s), Venice seems to be sinking. The sea level in 2010 reached over 40 cm higher than in the 1890s which has caused the permanent flooding of main floors and sidewalks throughout the city.

It has forced people to completely abandon the first floors of buildings, and install new sidewalks and boat ramps. At the times of Acqua alta (the seasonal high tide), much of the city is flooded and the canals are impassable by boat or gondola because there is no longer enough clearance under the bridges. It literally brings the city to a grinding halt.

Know what else all that water does? It makes the buildings that are partly on pilings sway in the most disconcerting ways. I get sea sick pretty easily—much to my husband’s consternation as an avid boater—but there we were just walking through a museum and I’d suddenly get woozy and sick to my stomach as I felt the floor move beneath my feet. 🤢

And there were no perpendicular lines anywhere in Venice. Everything was on an angle from doors, to floors, buildings, and even towers. It was like walking around through a Dr. Seuss book, I swear.

One other little quirk to the design of Venice is that each and every one of those 118 islands that make up the city has its own church, and each with its own charms. Venice has had human habitation since the 400s, and currently has over 60,000 people living within Centro storico (the historic island part of Venice) which I think is only about 10km2. That’s way too dense for my liking.

As a biologist, one of the most noteworthy parts of Venice is a seeming lack of wildlife or natural spaces. There is a small park to the east side of the city that has some greenery (cultivated, not natural), but other than the very rare rooftop garden or private courtyard, everything else is completely paved over. And with such high human density, it makes sense that green space hasn’t really been retained. But it also means that there is nearly no wildlife in Venice. Shallow lagoons are typically very productive sites, high in species diversity and abundance. So it was odd that the only wildlife we saw were gulls, pigeons, and one tern. There were no otters, no seals, not even any sparrows—seriously you’ve got to be doing something wrong if there aren’t even house sparrows.

Italy is considered to be a biodiversity hotspot for fauna, so it’s even more notable that Venice was so notably devoid of wildlife.

You may be able to lead a scientist to vacation, but you can’t make her stop sciencing.

2 thoughts on “Venice is sinking”