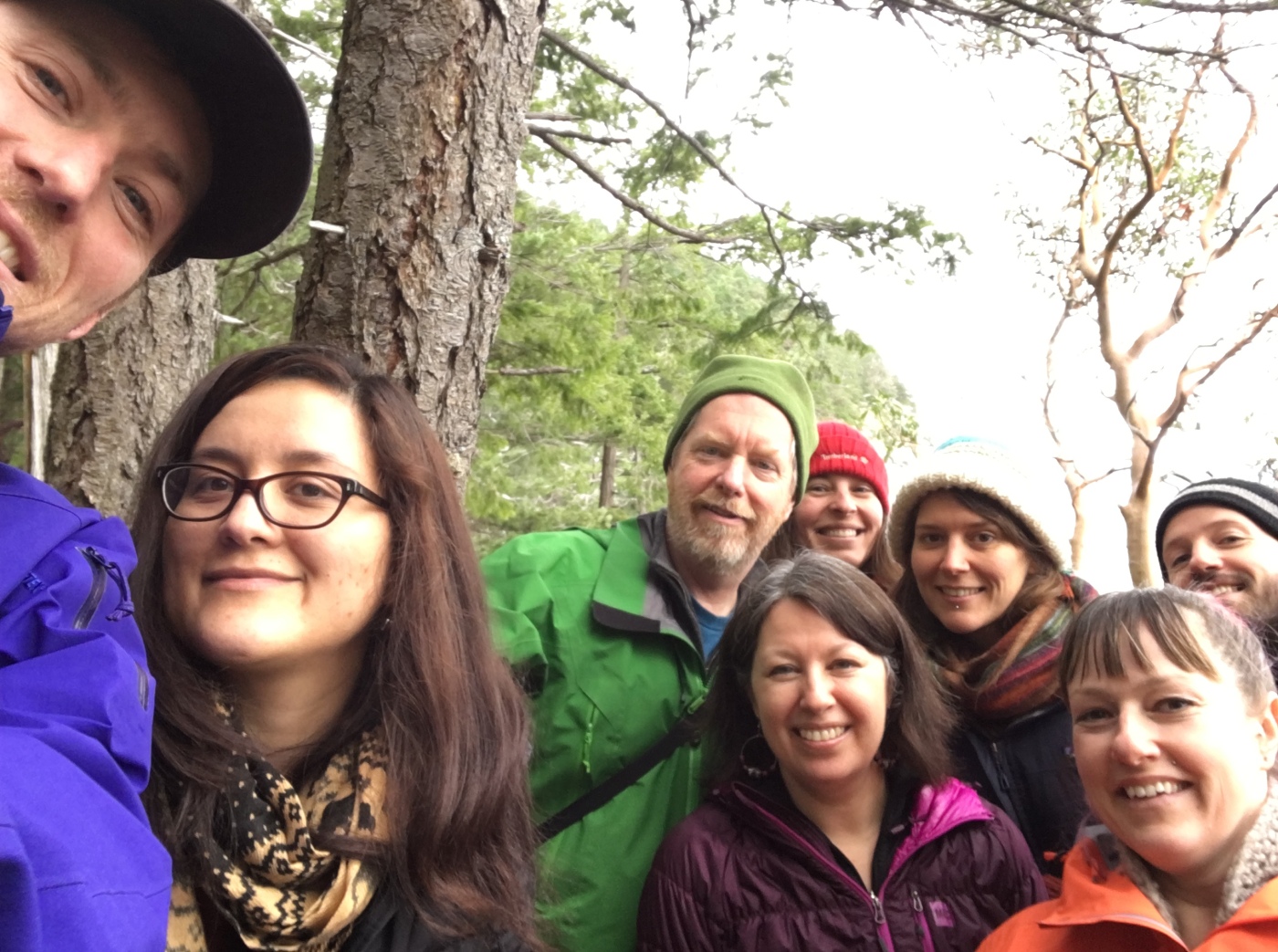 Last weekend my lab went over to Galiano Island for a writing retreat. After a very productive weekend, I was planning to get the 4:20 ferry from Galiano Island to get me back to Victoria in time to join my family for the Arkells concert. But the same system that brought some snow our way also kicked up enough wind and wave so that the ferry couldn’t dock.

Isolation is an interesting topic. There’s an ecological theory called island biogeography that explains how a species is more likely to persist on larger islands than on smaller ones. Larger islands have more resources, more opportunity to find food and avoid predators, and so a species can be more successful there. Those larger islands also provide more opportunities for co-existing species to divide up their niches, called niche partitioning. And so species can specialize. That’s all well and good as long as the conditions don’t change that make the island a more difficult place to live.

But islands aren’t just surrounded by water. If you think about species that live in the mountains, like a pika, they require rocky habitat (like broken rock or talus fields) and because they need cool daytime temperatures they stick to higher elevation in the mountains. They can’t find that in valley bottoms and so, to get from mountain top to mountain top, pikas must do the equivalent of swimming across the ocean to get to the next island they can survive in. You know, they can’t live in the intervening space, but they can cross it, assuming the distance isn’t too long.

But then, there’s climate change. With the changing climates, mountain ecosystems are actually moving up-slope as the temperatures increase. So those mountain top islands where pikas can live are getting smaller and smaller, at the same time as the space between those “islands” is getting bigger. So pikas have to crowd into smaller spaces, which will be able to support fewer individuals. On top of that, it becomes more difficult to get to new mountain top islands because they have to spend more time in the intervening valley-bottoms.

We have only seen a change in the climate of 1°C globally and by 1.7°C in Canada—and pikas have already started to disappear as their habitat and the treeline marches upslope on mountains. Temperature changes have been projected to exceed 5°C in parts of Canada, and as temperatures increase, pikas will lose even more habitat. But there are many other species that are affected by the upslope progression of ecosystems in the mountains, and some are already endangered (or even locally extinct). Soon those mountain top habitats will change, so the current topmost ecosystems top out altogether. But will species be able to move northward quickly enough to maintain their presence on mountain landscapes?

It may not affect you too much, personally. But if you live on an island like I do, climate change will continue to bring more severe storms. And so, there will be more days where the ferry can’t dock and force me to miss a concert with my kids. For now, that’s merely an inconvenience (or disappointment), but I sure don’t want any more of them.